I knew once I looked at the price of Tortoise machines x 40 turnouts that it was going to be too much cost and opted for this method which I had used on one of my other layouts with a few changes. The DPDT slide will hold the points in place. 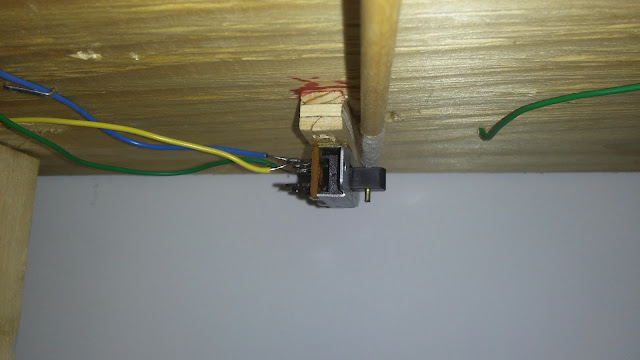 Shows an installed unit.The yellow wire goes to the frog and the other 2 are from the track bus. I just used the top row of pins. The bottom row of pins would be used for lighting the LED. 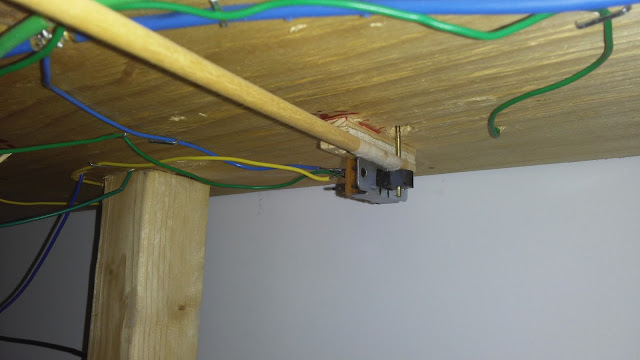 This shows the wood block that I used to start with. The only problem here is that the epoxy let go on a few that had too much torque on them and I switched those out to the metal angle bracket below. 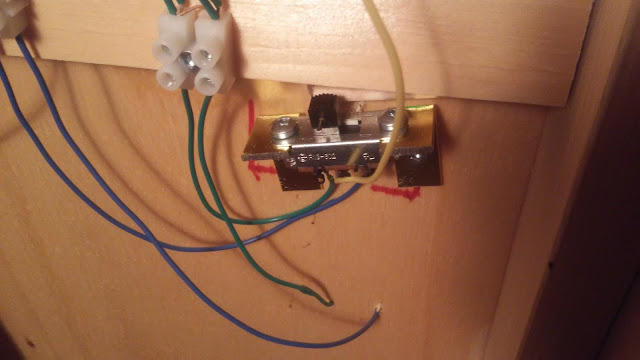 This shows a switch mounted with the brass angel brakets 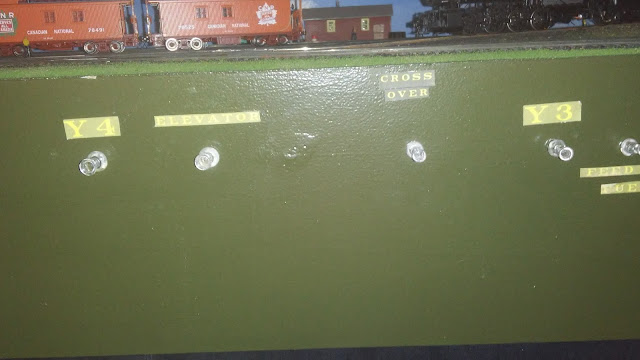 This picture shows the rods coming through the fascia with the push pins attached to the end of the rod and the lettering that is used.
on February 17, 2018

Email ThisBlogThis!Share to TwitterShare to FacebookShare to Pinterest
Labels: Track