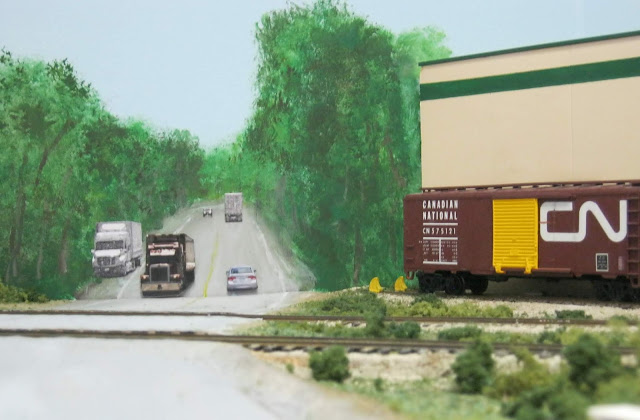 In the 2nd week in April I was invited by Rob Badmington to come down to Calgary and he would arrange for me to be able to tour some layouts... four in fact. When I was at Rob's I asked him how he painted the vehicles on the road in the photo above and his response was he had not painted them but used the process he describes below. They look just as good in person as they do in the picture. The one thing he did not point out in his description was that the truck at the front in the picture above and the truck on the right in the picture below, was that he placed an extra piece of this card stock behind them that just moves them off the backdrop and gives them an ever greater 3D effect. I have used printed pictures a lot for signs, window curtains, textures for walls and floors and building interiors but had never thought of using this trick before.

This  is Rob's description of how he did it.  He begins the process with photos.  " I painted a road on the backdrop to blend with a 3D road on the layout - see the picture above and the picture below. For the record, I used Google Street View to provide an image of what I wanted on the backdrop and painted it myself. From the ( third picture) I used various vehicles captured by Street View and printed them out in a appropriate size, cut them out and then glued them on the backdrop. In the other picture, I used a Street View image from the South Fraser Perimeter Road (4th picture) to give me an idea of what to paint, and again used cut out vehicles to fill the road."
So give it a try... play with it a bit and see what you can make happen. If you use a program like Inkscape which is free, the scaling is really very easy with just a small leaning curve. For era's before Google Street there are main street pictures that you can find and do the same trick with. To stick them to the  backdrop just use a kids glue stick and if you do not like it you can just wet it and remove it with out hurting your paint.
Rob has another cool device he created that I will cover in another post. 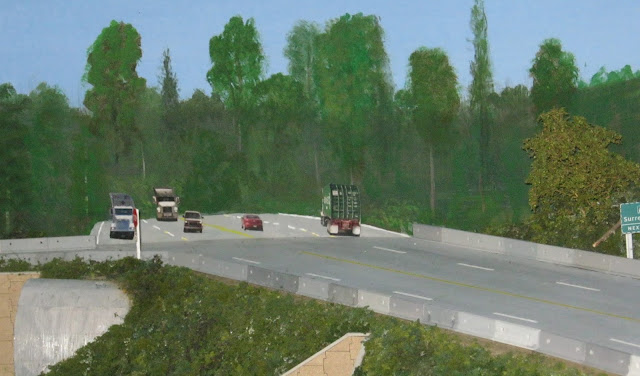 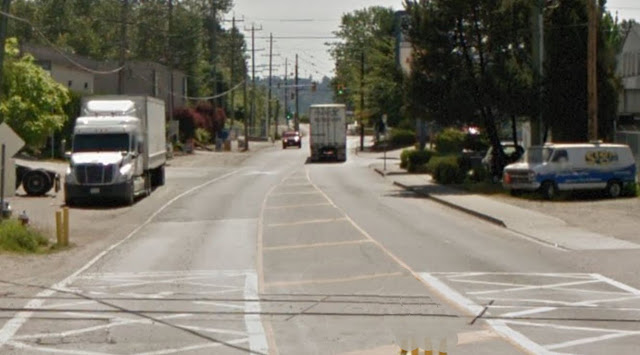 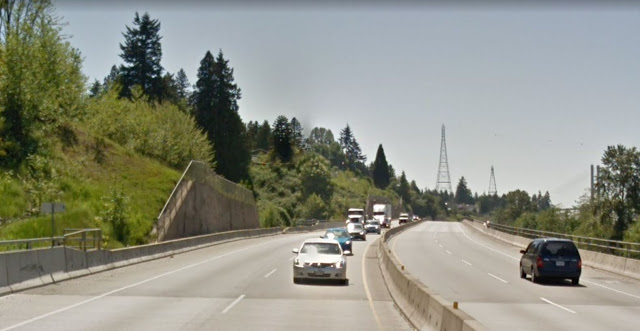 Here are 2 of the 4 cars that I built. I will show the other 2 cars in my next post. These 4 cars are all scratch built and I have included ...