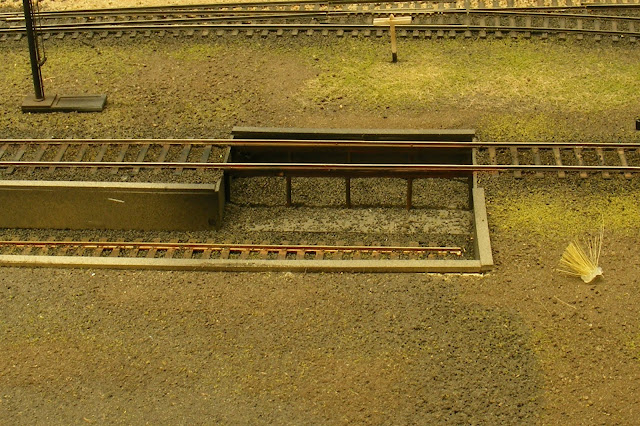 I scratch built this from looking at the remains at Big Valley, Alberta and froma a picture I had found on
the Internet. I did find a different photo once it was almost completed which showed that the rail on
the backside would have been on top of the foundation not on a support as I modelled it. Go figure!
The ashes are Woodlands fine cinders. The rail is code 55. The access to the ash pit for locomotives is
on a track between the coaling tower and the turntable. For the ash car, access is off the back of the
lead to the coal dock. The ash car is then sent out to be dumped on the Qu`Appelle sub so it goes to
staging and then returns back to collect more ash. The car was loaded and unloaded by shovel. All the
foundations and the sloped approach to the pit are made from styrene. I drew the slope sides in CAD
and then printed them on card stock and did test fits until I was happy I painted it in place with my
airbrush and weathered it with chalks and some paint.
They only thing that I may go back and change is to either make a recess for the coupler or move the
end wall back scale 6' so the car sits more centered to the pit. The only tough part of the build was
getting the slope on the track right.
Yes I realize I have an oil burner (CN1392 10 Wheeler from Van Hobbies) sitting there. It is about to fill
up with oil from the standpipe behind.
I have not completed the rest of the scenery because I have not really visualized what I want to do. 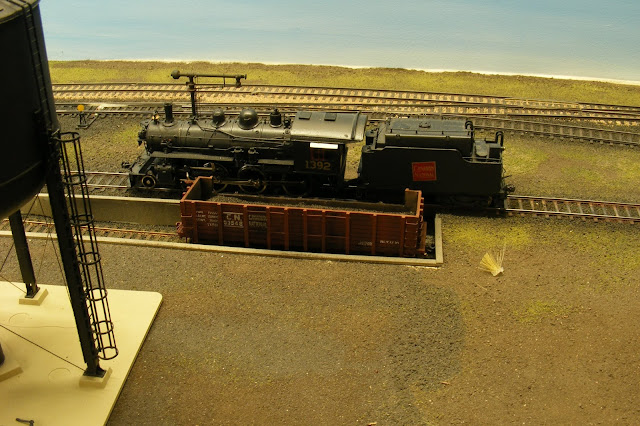 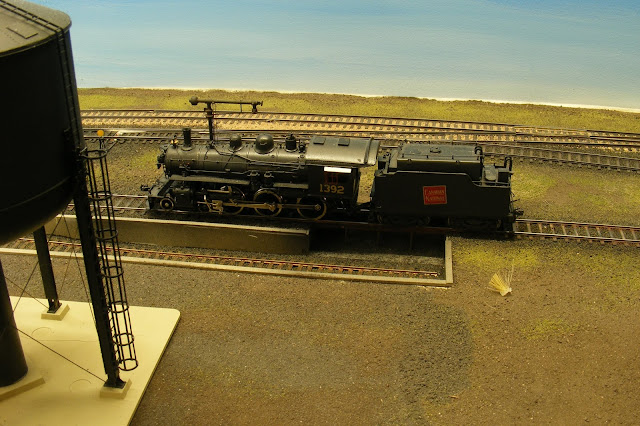 The little tool rack on the back right was scratch built to hold switch cleaning tools. The oil standpipe is from Tichy.